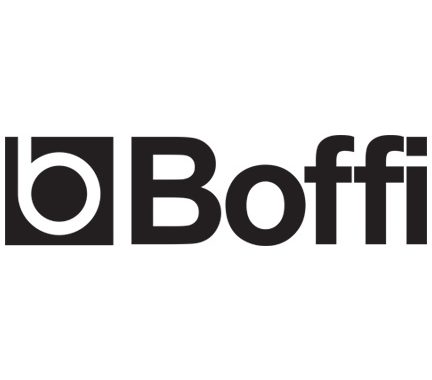 Boffi, an Italian kitchen, bath, and systems company was founded by Piero Boffi in 1934. Over the past 80 years Boffi has followed the evolution of design by adding its own personal interpretation of the transformation of taste and technologies. This has led Boffi to establish itself as a worldwide synonym for innovation and design. In 1960, Luigi Massoni joined the company and began what would be a 20 year tenure as art director. Soon after, in 1963 Joe Colombo designed the revolutionary Minikitchen. The ‘80s are regarded as Boffi’s golden decade with the debut of the brand in the bathroom sector with Luigi Massoni and the establishment of Boffi as a worldwide brand under Piero Lissoni’s refined direction. The path has always been marked by success, such as the Compasso d’Oro alla Carriera and Red Dot awards (EDIDA, International Chicago Aetheneum), the extension of production to other furniture sectors and the opening of flagship stores both in Italy and abroad. Boffi has become an international beacon of style with the opening of showrooms in Paris (1995), Milan (1998) and New York (2000). In 2003 the famous Boffi Solferino store in Milan became the company’s point of reference where the whole Boffi universe is presented along with the brand’s vocation for total living. It holds collections of kitchens, bathrooms and, since 2010, wardrobes. Boffi can be found at the new Solesdi showroom, now open in Denver’s RiNo district at 2800 Walnut St. #1 Denver, CO 80205.